Happy belated Thanksgiving! It is time to celebrate the annual "turning of the leaves". This pic was taken in my back alley. Now how special is that? 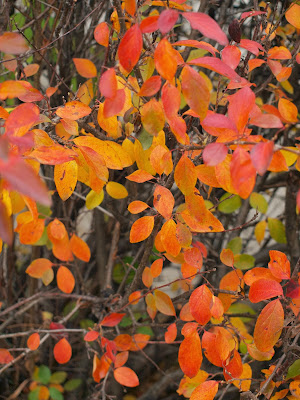 We're in the process of gutting and renovating the kitchen, so my contribution to Turkey Dinner was limited to what I could make in the slow cooker. In this case "Calico Bean Pot" thanks to "The Best of the Best" cookbook from The Best of Bridge. 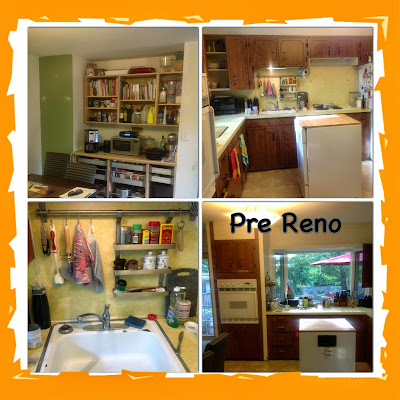 After 30 years of living in the same house and reviewing our post retirement plans - it has been determined that we are staying put (literally). So something had to be done about the kitchen. We have currently dispersed the kitchen throughout our little bungalow and as I write this, the hum of the relocated refrigerator drones in my ears. We are washing dishes in the bathroom and I'm not quite sure what I've washed my hair with this morning - I smell suspiciously "Ultra Marine OXY clean". Having said that - it's amazing how willing I am to just lick my plastic fork clean and ignore the fact that my coffee cup smells like remnants of  yesterdays soup. One man's juice cup is another man's spit cup? The can opener now resides in the toothbrush holder - an accident just waiting to happen, and I'm visualizing my debut on "Real Live Stories from the ER"... 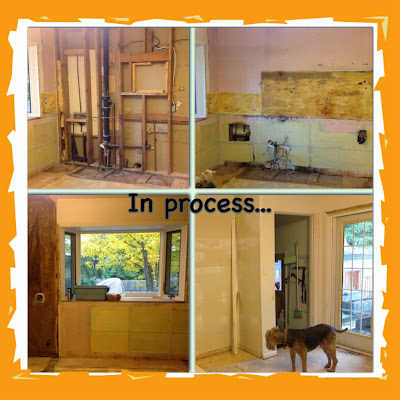 It was a beautiful weekend and a friend and I went for a walk at the Glenmore Reservoir.  We usually "pump it up" to burn off calories-  but it's been a while - so we called a truce and were kinder to ourselves. And look who popped out on the pathway? 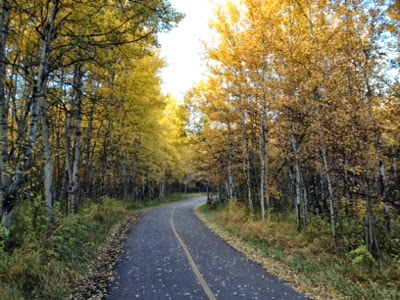 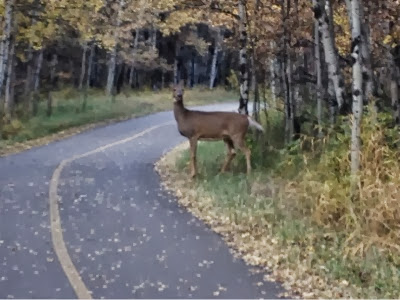 Turns out her little doe was waiting on the other side of the pathway... what a treat! 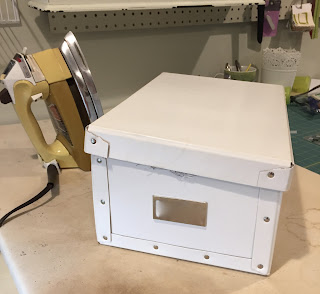